(NOTE: IF YOU ARE VIEWING THIS ON A PHONE, YOU CAN SWITCH TO THE WEB VERSION TO ACCESS THE OTHER PAGES)

Porn and its normalization have been thrown in our faces. Their proponants' battle cry is "free speech," although "free yelling" would be more accurate because wherever it is manifested, it shouts out, it does not speak.
It has sidewalk preachers, yelling the doctrines...that women are only things to be used and abused until one tires of them and tosses them. This is what their speech is saying.
If the same qualification for widely and publicly insulting an entire group of people were applied to persons of a certain nationality, there would be public outcry, because we don't allow that.
I do not want to see a woman's naked butt (other than the thong underwear) as a huge advertisement right in my face any more than I want to see photos of dead bodies, or mutilated puppies. I feel ripped and torn into pieces when such displays are so commonplace and seemingly accepted as the norm.

Don't take away my humanity.

this is about the arrogant entitlement of the sleaze culture we are currently surrounded by and submerged in.... demanding that all women, at least all attractive women, are to play a certain degrading role in society, to be a thing, in complete denial of the very essence of what it means to be human....to be a person...a social mutilation, the insides torn out... 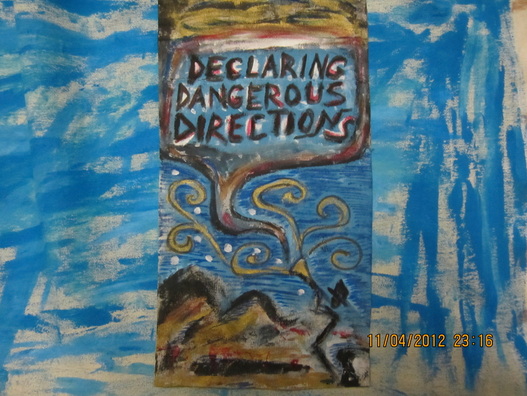 What is a "Reasonable Woman"?*
REASONABLE WOMAN: a term courts have used in sexual harrassment cases but can be applied elsewhere when there is a difference between how a man and a woman may perceive a thing.

This project will also be advocating against social normalization of porn
as well as normalization of child molestation.
In part this could begin with asking grocery stores to have placement of
magazines aimed at adults to be moved where children won't be seeing them.
And removal of Victoria Secret ads from public view (i.e. shopping malls)
Simple beginnings. For instance....I have had success, personally, in getting a store to move their Sports Illustrated swimsuit edition magazine display rack into a less visible area of a store. I only needed one other mom to  be there with me.  I have complained about a different magazine cover to the right person, and the manager moved it off the rack. I know I am not the only concerned person.
We as a society should be able to protect our children from exposure,
especially public exposure against our will, to "adult" content.
Everywhere we go, the grocery store,
a walk down the street with big screen televisions broadcasting through open windows,
or anywhere else, a child should not be forced to see sexually suggestive content.
No one should be forced to see sexual content.  This includes Victoria Secret ads for instance.
*This term is found in the legal discussion of "sexual harassment" describing how a hostile work environment is determined. I would propose that the term "reasonable woman" could be used in discussion of a hostile world environment:

"Courts will generally use a 'reasonable person' standard. That means that a reasonable person's work environment would be affected by the conduct. In addition, a 1991 circuit court decision allowed a female plaintiff to assert a 'reasonable woman' standard. This standard seeks to eliminate the perceptions that a reasonable male might have about what constitutes offensive unwelcome conduct." Ellison v. Brady, 924 F.2d.872, 54 FEP Cases 1346, republished as amended, 55 FEP Cases 111 (9th Cir. 1991); see also: Jensen v. Eveleth Taconite Co., 824 F. Supp. 847 (D. Minn. 1993)